This photo was taken four hours after a video showing the beheading of American Journalist James Foley was released by the terror group ISIS (also known as ISIL). Following this barbaric beheading, the terrorist known on as Jihadi John, a reported former citizen of Britain and rapper, speaks directly to Obama. “The life of this American citizen, Obama, depends on your next decision.” The American citizen in the video was Steven Sotloff. That video was released on August 19th. Two weeks later, a second video was released by the same terror organization showing the brutal beheading of Steven Sotloff.

Obama’s response to the second video is nothing short of infuriating. In his statement to the media, Obama calls these acts “a terrible crime against these two fine young men.” With all due respect Mr. President, BULL SHIT. This is a targeted assassination of two prisoners of war. This is an act of war. These are not common criminals. This is terrorist organization and the single biggest threat to the safety of our Nation.

One week ago, President Obama admitted they did NOT have a strategy for dealing with ISIS. In his address yesterday, Obama states “our objective is clear, and that is to degrade and destroy ISIL so it is no longer a threat not just to Iraq but also the region and to the United States.” Tougher words, and perhaps some promise that the POTUS is not going to play politics with American lives. But minutes later, the President back pedals, softening his stance yet again, and relying on Coalition forces to help “shrink ISIL’s sphere of influence, its effectiveness, its financing, its military capabilities to the point where it is a manageable problem.”

While the threat of ISIL impacts all Western Civilizations, it is YOU Mr. President, being called out. It is OUR American Citizens being executed and having their mutilated bodies displayed all over the internet. At what point Sir, are you going to take a stance AND HOLD IT? How many more innocent Americans are going to have to die with your name on their lips before YOU have had enough? At what point are you going to quit playing politics with American lives and actually do the job you were elected to do?

President Obama is not running for reelection, but over the last several weeks, he’s been campaigning hard for those of his Democratic colleagues who are. This administration, and indeed the President himself, referred to ISIL as a J-V basketball team, failing to take seriously (as illustrated by the image above) the threat our Nation is facing. Eight months later, the POTUS is FINALLY acknowledging the very real threat this organization poses to America, but in order for President Obama to put an end to the threat of ISIS, he will have to violate his party’s core beliefs and risk the reelection chances of many of his Democratic colleagues.

His own campaign promised an end to the war in Iraq, exploiting the plight of deployed soldiers and their families to garner sympathy and support for his election and subsequent reelection. While all Americans would agree the war needs to end, it needs to end with a CLEAR American victory. The President pulled our troops out of Iraq against the advice of military officers with the knowledge and experience to combat this situation. Now ISIS has a foot hold. Areas so recently declared safe are falling to Islamic extremists at alarming rates. Yet the President has repeatedly said he will handle the situation “Without boots on the ground.” The reason this situation has escalated is because there are no boots on the ground. When the cat is away Mr. President, the mice will play. Furthermore, high ranking officials within the President’s own administration have warned that a vast majority of ISIL members hold passports. Several have entered the United States already through the unsecured Mexican border.

It was not so long ago that our great Nation watched in horror as a second airplane slammed into the Twin Towers. Will it take a third one before the POTUS stops playing politics with American Lives? This is an act of war. The Rules of Engagement were tossed out the window the moment two innocent American citizens had their heads removed from their bodies with a steak knife. Close ranks. Close the borders. Get boots on the ground Mr. President. Declare war against ISIL and show them the price of our blood. Do not negotiate. Do not attempt to reason with the unreasonable. Step up to the plate and defend Our Country. ISIL is knocking on YOUR door now. It’s time to answer with a vengeance. 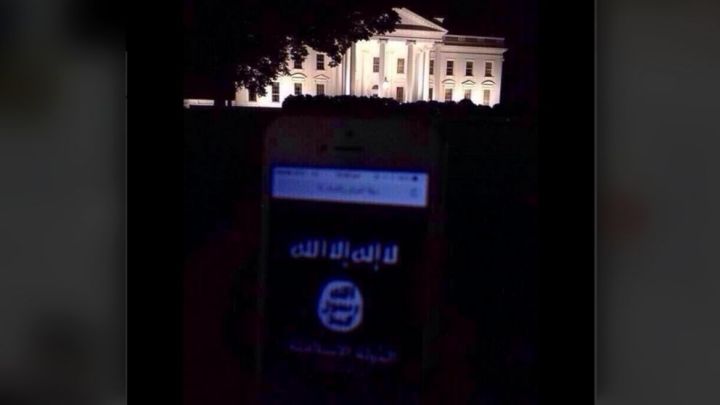